Bras del Port is a family business that was born more than a century ago, specifically in 1900, with the aim of producing natural sea salt. Since its creation, values ​​such as humility, loyalty and commitment to innovation, with roots in tradition, have defined our way of acting and constitute our DNA.

Our story begins when Manuel González-Carbajal y Pire arrived from Avilés (Asturias) to Santa Pola and acquired a farm in its vicinity for salt mining. Maybe he didn’t know it at the time, but when he made that decision he became a visionary.

The company was growing and consolidating itself in the sector, thanks to the efforts of the successive family branches that have made it possible for this project, which is Bras del Port, to continue until today. In addition, we are proud to also host fifth and sixth generation employees who have been passing on their experience and knowledge, in some cases, from parents to children, and their enthusiasm and commitment to these salt flats that feel like theirs. 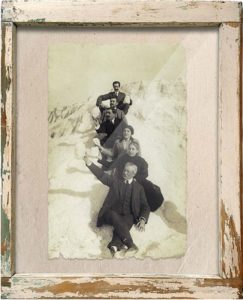 Bras del Port has always opted for innovation in the sector, which has never been easy when it comes to the production of sea salt. This conviction led us to found an R + D + i department in 2012 that placed us as the only Spanish marine salt mine to have this resource.

It is worth highlighting the awards obtained by these products, two gold stars for flakes and sea salt foam, at the last edition of the Superior Taste Awards in Brussels in 2019, popularly known as the ‘Michelin stars’ of food products . All these successes have not gone unnoticed by some of the best chefs in the world such as Quique Dacosta, Susi Díaz or Alberto Ferruz, who regularly use our sea salt foam to delight with their creations.

Bras del Port is located in the Salinas de Santa Pola Natural Park, a protected environment of high ecological value, of more than 2,500 hectares, which stands out for its high biodiversity, hosting around 40 species of fish and birds. The salt activity of Bras del Port led to the creation of this unique wetland ecosystem, being an example of compatibility of traditional uses with the environment. All this fauna and flora favors the production of salt and this place, preserved and cared for with our daily activities, is the ideal home for numerous living beings. The one without the other could not exist. All this gives rise to a perfect symbiosis between industry and nature from which both parties benefit.